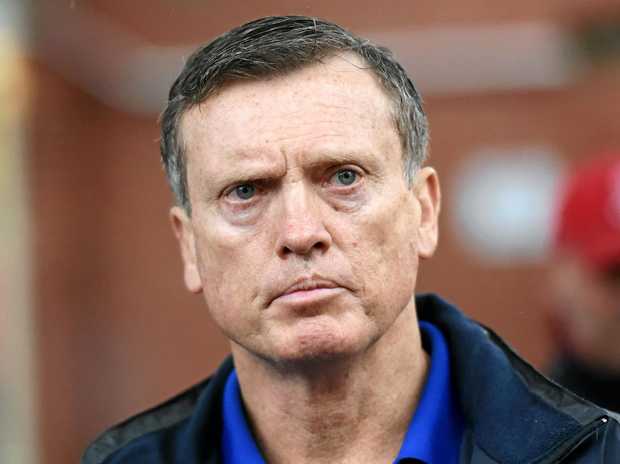 Vandyke pleaded guilty to two charges handed down by RNSW stewards when the three-year-old filly tested positive to the drug Ketorolac after running second in last year’s Group One Flight Stakes.

The substance was administered by a licensed vet Dr David Garth, prior to the race.

A group of mum and dad investors who own shares in Yankee Rose through syndicate Darby Racing were forced to hand back almost $100,000 in prize money earlier this year, and stewards ruled Vandyke “did cause to be administered the prohibited substance.”

A RNSW panel on Friday ordered the appeal to be dismissed, the appeal deposit forfeited and the fine of $25,000 remains.

It’s a bitter blow to the trainer who is managing the Cox Plate place-getter’s road to recovery after she suffered a bone-chip when 14th of 15 horses in the group one Crown Oaks at Flemington during Melbourne Cup week.

Yankee Rose, a $10,000 purchase, has won connections more than $2million in prize money.

Darby Racing made national headlines this week, when one of its bargain-buys soared through a bog track at Rosehill to win the richest race for two-year-olds in the world.

She Will Reign won the Golden Slipper for trainer Gary Portelli with Victorian jockey Ben Melham aboard, netting a large group of excited owners $2 million in prize money.

The horse was this week nominated to run in the richest race to ever be run in Australia, The Everest ($10 million), at Royal Randwick in spring.